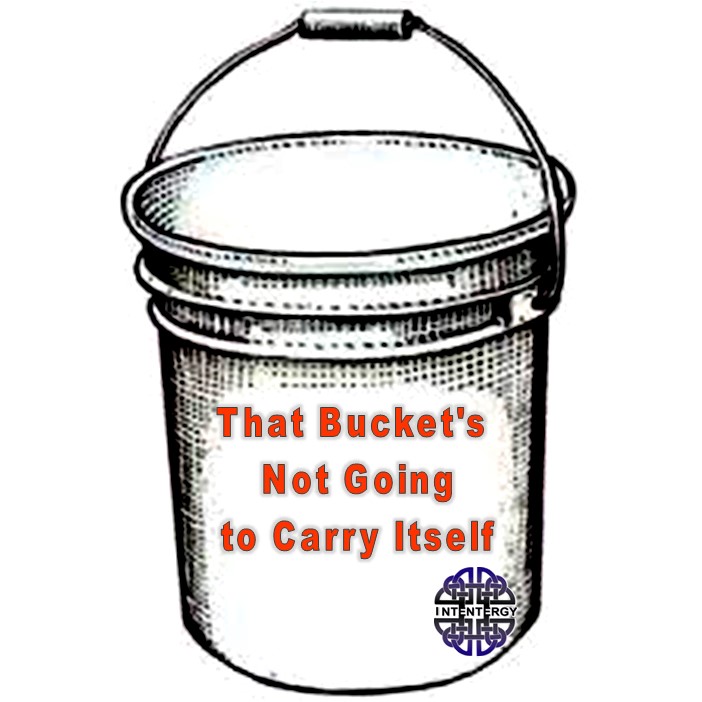 The farm has taught me many lessons. One lesson that will forever stick with me is the idea that a bucket can’t carry itself.

Why, you might ask, would a bucket’s inability to carry itself be a lesson of any value to anyone?

Well, it all started in a calf barn.

When I was 4 years old, the farmer my father worked for gave me a feed scoop. It was orange, plastic, and had a Purina logo embossed in the handle. The purpose of the scoop was to fill the stainless steel bowls that were mounted on the front of each calf’s stall. My purpose for having that scoop was so I could be the filler of those bowls.

I was elated. Those calves were the best part of the farm in my 4-year-old mind. I loved how they smelled like sour milk and straw. I giggled non-stop at the way they sucked on my fingers. I cried when they were sick or when it was time to move them out to pasture with the larger calves. I was proud to be their caregiver.

There was just one problem.

The bucket my father filled with feed weighted more than I did. The task of feeding those sweet, spotted calves was a tough one because I often spilled feed going from bucket to stall and back again. Spilled feed is almost worse than spilled milk, but I wasn’t supposed to cry about either.

I soon became discouraged when my father would lose patience over my slow progress and pick up that burdensome bucket to deftly pour just the right amount of feed into the remaining bowls without so much as spilling one kernel of corn.

Why couldn’t I carry that bucket that way?

Nothing frustrated me more than not being big enough to do a job. My father knew this.

One day I noticed the bucket wasn’t quite full. After a scoop or two, I tested my luck. With some effort I was able to pull it closer to my sweet calves and didn’t have to truck those precious scoops of feed quite so far. I was doing it! I was carrying the bucket!

The pattern of a half-filled bucket continued for a while, but as my 5th birthday rolled around, I noticed the bucket was a bit fuller. My father’s shadow fell on me as I looked at the heavier load and said, “That bucket’s not going to carry itself.”

What was I to do?

I worked with my little, orange scoop to empty just enough feed so that I could shift and wiggle the bucket closer to those hungry calves. Digging deep, I found a way to budge that bucket.

Today, I still live with the understanding that there isn’t any task that’s gonna overcome itself.

No bucket can carry itself.

It takes courage, determination, and intelligence to make things happen.

While we may not all have a little, orange scoop to move challenges out of our way, we do all have the ability to take on trials one bit at a time.

Move those buckets in life, my friends, with steadfast effort and shift things in the right direction. You might have to get smart about how you approach those loads, but with the right amount of tenacity you can take on whatever task tests you. Bring your dreams to fruition knowing those buckets aren’t going to carry themselves.

P.S. There are many more lessons to be learned from childhood chores and calf barns, not just those that came with little, orange scoops.

8 thoughts on “That Bucket’s Not Going to Carry Itself”