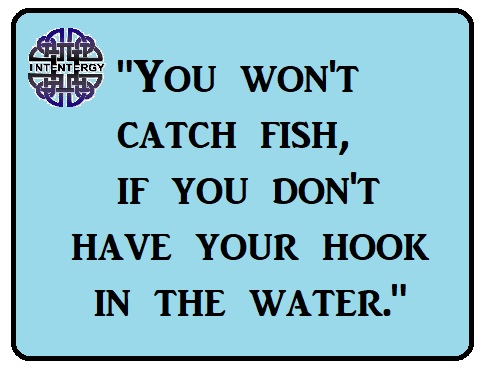 Last week I had the pleasure of taking my niece and nephew fishing with us. They had not been fishing much and were VERY excited to go to Grandpa’s pond and reel in their first big catch.

My sister had lovingly chosen fishing poles for each of them. An Avengers pole for my nephew and a Moana pole for my niece. As I carried them to the kitchen table with my tackle box, my nephew looked suspicious.

“What are you going to do to my fishing pole?” he asked in his little voice.

“I’m putting a hook, weight, and floater on it so you can go fishing,” I replied.

His eyes got the size of saucers and he said, “A real hook? Yippee!”

My niece was equally excited about her “real hook,” but at nine years old she was too cool to say, “Yippee!”

The “Yippees” kept coming until it was time to put bait on those “real hooks.” Both of my guest anglers were appalled to tears that I would expect them to touch a worm. They wanted to used the fake bait my daughter had in her tackle box. I said, “Okay, but the fish don’t bite as well on them and those fake baits stink way worse than worms.”

“Worms are gross,” my niece informed me.

“They may be gross, but the fish sure love them,” I said.

After many casting mishaps, we were fishing. My dad and I definitely needed our running shoes as we helped all five little fishermen (That’s right five! My three kiddos + one niece + one nephew) My biggest challenge came with convincing my niece and nephew to keep their hooks in the water.

Every time someone else caught a fish, or they thought they had a bite, or they saw a bug, or the cows in the adjoining pasture mooed they were reeling their line out of the water.

“You won’t catch a fish, if you don’t have your hook in the water,” I chanted over and over.

The longer we fished, the more they found this to be true and their hooks began to stay in the water long enough to catch one of Grandpa’s bluegill or until they needed to recast when the float had moved back towards the pond bank. They even continued to fish when it started to rain lightly.

My niece fished until dark. She wouldn’t give it up. Just as my dad convinced her to reel it in one last time, she caught a nice, 12 inch bass. She was elated. “I just had to keep my hook in the water,” she told me proudly.

So much of life is like this fishing adventure. You won’t get anything out of the experience if you don’t keep your proverbial hooks in the water. If you don’t put effort or attention into your opportunities, you won’t reel in any benefits.

The Intentergy challenge for today is to put your “hook” out there. Make something new happen in your life. Reel in some change or catch some excitement by casting your line towards the unknown. One thing is for sure; you won’t catch fish, if your don’t have your hook in the water.

P.S. My dad and I can laugh about fishing that night now, but when we were there with five fishing-crazed kids, it wasn’t very funny.

One thought on “A Hook Out of Water – Wise Words Wednesday”