How is it that three years of posts are in the past?

When I started Intentergy, I had lots of ideas. Many of those ideas I have put into action. Some I have totally tossed aside. Others are still in the works. And too many to count have made their way into my creative cogs.

Thank you to everyone who has read, commented, liked, shared, and replied to any of my work. Your support means a great deal to me.

Please continue to read and write in response to Intentergy posts. I always want to grow and become a better source for my site. Without your feedback, I cannot do either to my fullest potential.

Intentergy is energy with positive purpose. Sharing my ideas, stories, challenges, and experiences has been one of the most rewarding purposes in my adult life. I will continue to put my version of Intentergy out into the universe and I hope you all will do the same.

Below are a few of my favorite posts from the past. Please enjoy this scroll down memory lane. 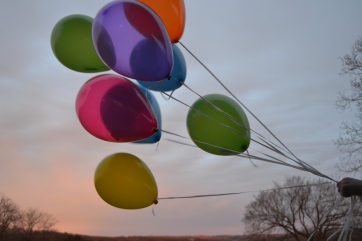 Overalls and a Pocket Watch 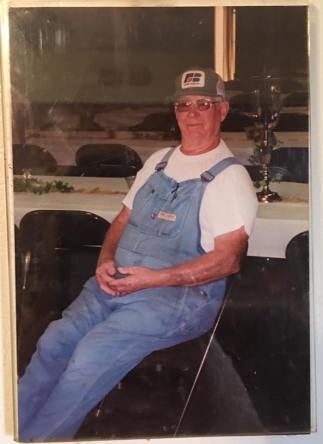 Are There Toys in Heaven?

The Power of Yet

Happy anniversary to all of you who have followed since the beginning! Thanks for having an open heart and mind and a willingness to share in the positive energy. You are blessings in my life.

P.S. If anyone would like to send an anniversary gift, I love comments, feedback, and shares of posts or chocolate. Chocolate is always good. 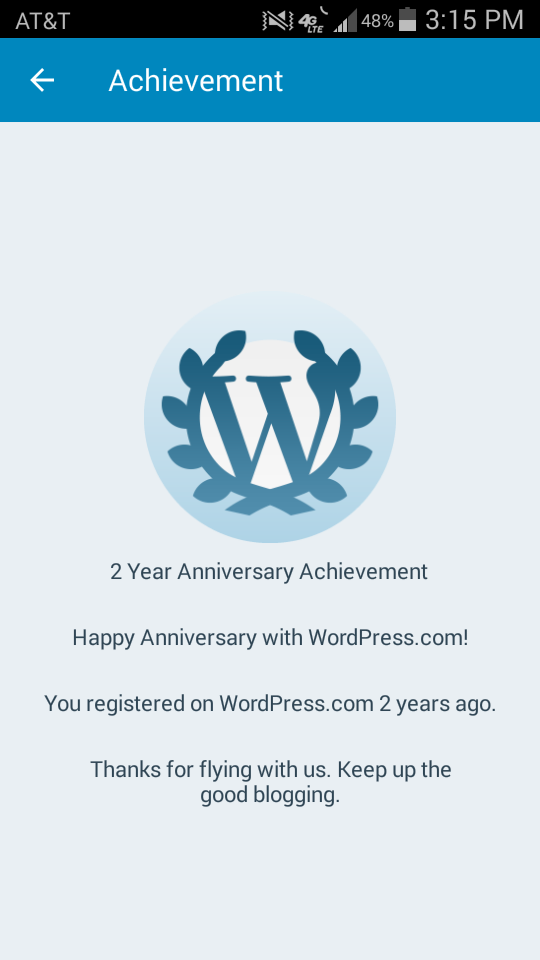 On February 14th I celebrated the 2nd Anniversary of Intentergy.

While the last few weeks things have been quiet on the site, my writing has been anything but silent.

My family took a terrific trip that has no fewer than 15 posts in draft. My students continue to provide me with love, learning, and laughter that I promise to share. As always the farm has me on high alert for lessons that can only come from caring for livestock and the land.

To celebrate my 2nd blogging anniversary, I would like to share links to some of my favorite posts from the past. 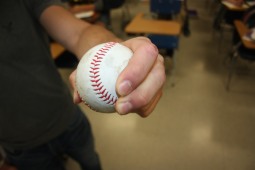 Curve Balls – A story inspired by the curve pitch and how to handle the figurative curve balls in our lives.

Zone Defense for Your Attitude – Today, if you find yourself crowded by grumpiness or fouled by foulness of others, put up your positivity defenses.

For the Love of the Game – A post inspired by my father’s practice of watching games without sound. Sometimes the quiet allows us to know what is really going on in life.

Angelfood Cake – A Tradition of Grace – A story inspired by our parish dinner. The angel food cakes I bake are not in my honor but in honor of Miss Grace Jansen. 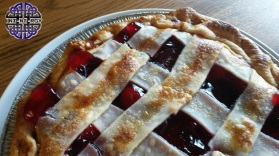 Why is it Easy as Pie? Pies are Hard. – Another story inspired by parish picnics reminding us that effort can lead to tasty rewards.

Emergency Room Enlightenment – A visit to our local emergency room helped me to see that it really is a small world and my efforts as a writer were helpful to others.

Meeting Cami Walker – Taking the 29 Gifts Challenge – After reading 29 Gifts: How a Month of Giving Can Change Your Life, I was inspired to start my blog and have since had the chance to become friends with its author Cami Walker.

Signs of Faith – Visiting the local ambulance district served to provide an very important reminder about those who serve our communities.

Communication is Important – No Bull! A story inspired by the purchase of some Charolais cattle by my husband that led to a breach in the happiness of our home. (Happiness was definitely restored and the cattle are enjoying their role on our farm.)

Overalls and a Pocket Watch –The story of remembering my Grandfather and his special things that left their mark on my heart. 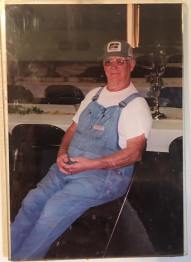 P.S. Intentergy is energy with a positive purpose. I hope you will put energy into being positive today.

P.P.S. Thank you to everyone who has read, commented, or shared my blog during the last two years. Your support has made all the difference.

Overalls and a Pocket Watch 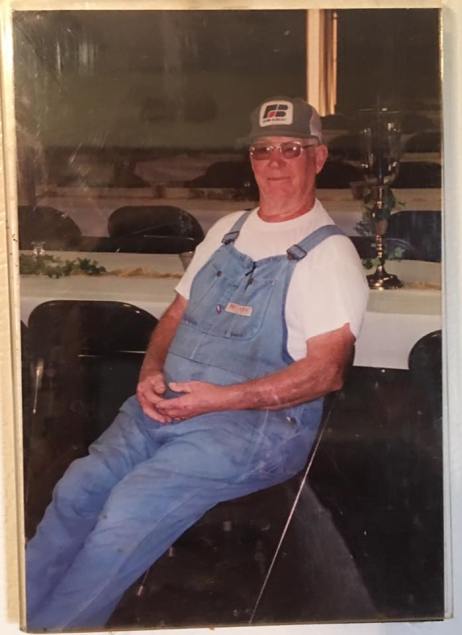 Grandpa Frank in his overalls

I guess Father’s Day and this time of year make my memories of my grandpa’s overalls and pocket watch much more vivid.

My husband, father, and father-in-law do a terrific job of showing my children and myself what it is to be a father and a real man, but my Grandpa Frank had a very special way of filling both those jobs.

My Grandpa always wore overalls and a white t-shirt. It was his daily uniform, unless it was church or a special occasion. If it were a special occasion, you could count on him to be in a dress shirt, slacks, and a tie, and he always wore aftershave. Once is a great while, I will pass someone and smell that same aftershave. My heart does a little dance with the happy memory of him.

Grandpa was a farmer.

He was a successful farmer. He knew his land and his animals and he did his best to care for them. We all fought for turns to ride with Grandpa in the tractor or the dump truck. He always let us sneak sips of water from his watercooler. He filled it every morning with ice and water from the fridge so by midday it was the perfect temperature.

Grandpa used to joke that he, “worked harder farming after he retired than he ever did before he retired.” It took me a while to understand that the toll of farming was greater on him as he grew older and the farming  operation got larger.

Grandpa was a provider.

A huge garden was put out and tended by my grandpa each spring. We all helped with the harvesting and putting up the vegetables. We could count on having corn, green beans, beets, potatoes, carrots, and tomatoes through the fall and winter. He dutifully raised chickens, year after year, so that Grandma had eggs for baking cakes and we all had eggs for ourselves. Every winter, as a family, we would butcher hogs and beef together. Those hogs and steers were raised by my uncles and grandpa so that our family would never go without. Some of my fondest childhood memories are of playing with my cousins during butchering week at Grandma’s and finally being “big enough” to help with tenderizing or cutting up the meat (not just putting on the labels).

Grandpa was a believer.

He believed in love. In my lifetime I have seen few couples who are as dedicated to one another as my grandparents were to each other. Grandpa almost lost Grandma in 1980. They were in a terrible car accident. My grandma was in the hospital for a year and since has spent most of her life walking with a walker or in a wheelchair. Grandpa believed that he had been blessed with love and the ability to care for her and their five children. He did so without complaint or questioning God’s plan.

He believed in the weather man. I know this because I rarely heard him cuss, except about the weather man and missed predictions or forecasts of rain or heat (depending on what Grandpa needed for the week).

He believed in putting all his food together on his plate. Grandpa would pile all of his vegetables, meat, and gravy or whatever he had in one pile and eat it all together. “It all goes to the same place,” he would say and laugh.

He believed in Massey Ferguson tractors. The first time he met my husband, Grandpa shook Greg’s hand and pulled a Massey Ferguson ink pen out of his breast pocket and said, “Do you have one of these?” Greg replied, “No, sir, I don’t.” Grandpa put the pen in his pocket and turned back around in his seat. It was pretty funny for me, not so much for Greg.

He believed we could all pull our weight. A good portion of the time spent at my grandparents’ house was dedicated to doing chores. Taking out trash, sweeping the floor, folding towels, carrying things upstairs or downstairs, gathering the eggs, helping with the garden, or picking up sticks in the yard were just a few of jobs we grandkids were asked to do. The one job that I always found interesting was the dishes. Grandpa would do the dishes for Grandma. He said he didn’t mind doing them. He would tell Grandma to leave them, he would get to them, and he always did. As a girl I didn’t know many men who did dishes. It was proof to me of how much he loved my grandma and that he knew everyone had to do their part.

He believed in his grandchildren. He and Grandma attended every event they could for the 10 of us grandchildren. Attending ball games, concerts, plays, awards ceremonies, masses, and graduations was their way of showing they believed in us. When I decided to go back to college for my teaching degree, Grandpa said, “That’s good. We always need teachers. You will always have a good job.” When I graduated, he and Grandma gave me an engraved bell. It said, “We are proud of you! Love, Grandma and Grandpa”. He told me I wouldn’t need to ring it because I was going to be a good teacher. END_OF_DOCUMENT_TOKEN_TO_BE_REPLACED