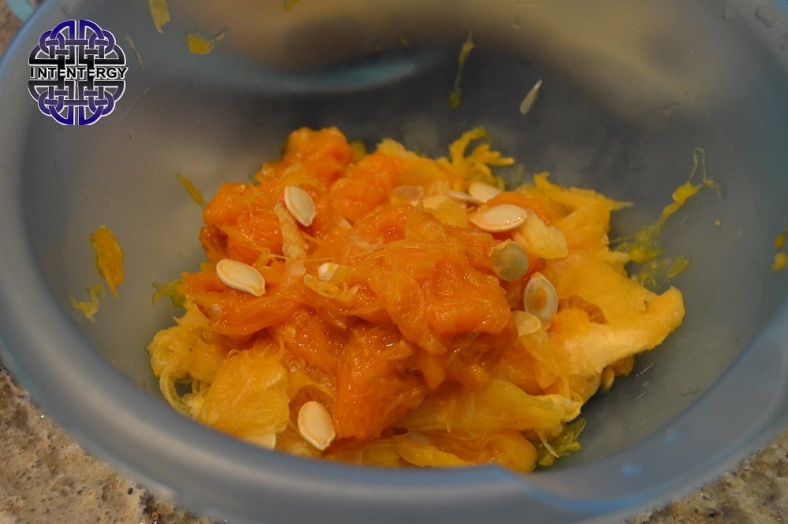 In 2016 almost 150 million Americans said carving pumpkins was a part of their Halloween plans. That makes for A LOT of pumpkin gut removal. 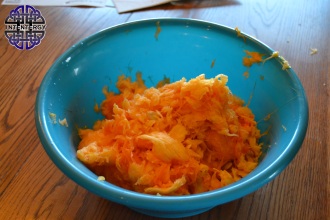 While many find the slimy, sticky, and stringy gourd guts to be gross, there are plenty of people out there that enjoy the icky investigation for seeds.

The scraping of the sides can be a stress reliever. When you have your big bowl of pumpkin guts staring you in the face, you can say, “Wow! I cleaned all of those out!”

Once the insides are removed, creating spooky, silly, and sometimes unrecognizable shapes is what turns jack-o-lanterns into joy. Roasting the separated seeds is always a fun and a pretty healthy snack. My kids think the roasted, salty seeds taste like popcorn and those toasted kernels don’t last long at our house. 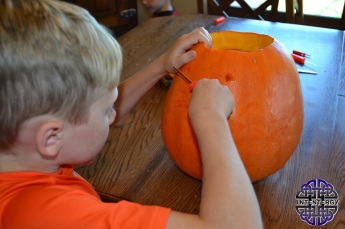 If it wasn’t for those gross and grimy pumpkin guts, none of the jack-o-lantern making, seed-roasting, squishy, squealing fun would fill homes this time of year. As all Hallow’s Eve approaches, I encourage you to spend some time with your loved ones and play with some pumpkin guts. 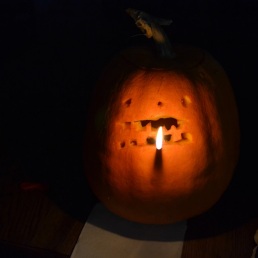 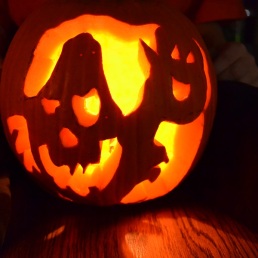 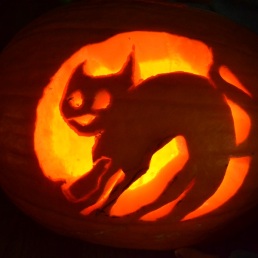 Source: Kidman, Angus. “How Much Will Americans Spend on Jack-o-Lanterns This Halloween?”Finder US, 6 Feb. 2017, http://www.finder.com/cost-of-pumpkins.

4 thoughts on “I Love Pumpkin Guts”