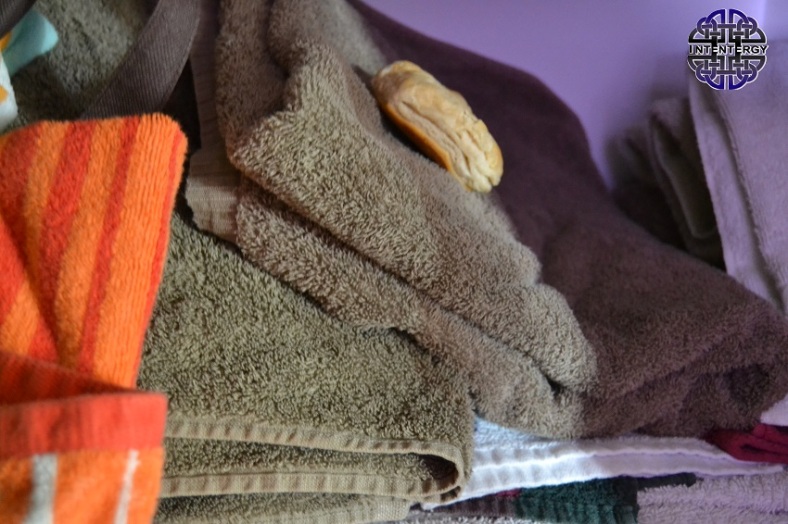 I don’t remember why I went to the linen closet. I was too surprised by the biscuit in the bath towels to remember what had guided me there.

After announcing that there was a biscuit in the bath towels, I saw a shy grin form on the face of my six-year old. “Mom, sorry. I left it there when I was getting my band-aids yesterday.”

This made me smile because the band-aid situation had been pretty funny too.

The previous day my son proudly made his way outside to play without wearing a shirt. There is just something liberating for little boys when they discover that they don’t have to wear a shirt in the summer time. Any way….

Our dog jumped up and scratched my son’s side. He came in showed me the battle wound. I asked if he would be okay and he said, “Yes, but I might need a band-aid.” I replied, “No blood. No band-aid.”

A short time later, my son came out of his bedroom, with not one, but four band-aids over the scratch. Mind you, these were not your standard bandages. There was a 4″ gauze with backing, a 3″ knee cap bandage, and two regular band-aids. Apparently this scratch was a big deal. Big enough to almost necessitate a tourniquet and the forgetting of a biscuit on the bath towels.

I didn’t yell about the band-aids. I simply asked him to please throw away the bandage wrappers scattered on his bedroom floor. If I had known about the biscuit, I would have ordered its disposal as well.

Today, I can smile about the band-aids and the biscuit because he cleaned up both, but yesterday it would have been a little bit tougher. This is a situation that teaches many lessons: 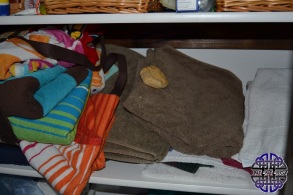 P.S. What is the weirdest thing your kids left for you to find?

6 thoughts on “There’s a Biscuit in the Bath Towels”