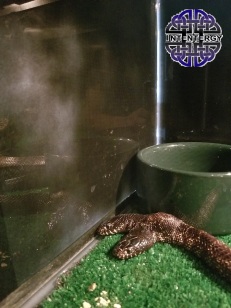 About a month ago my children discovered the movie The Greatest Showman. It is a musical based on the life story of P.T. Barnum (played by Hugh Jackman). In the film Barnum invites individuals who are considered “freaks” to become part of his show. Some of Barnum’s “freaks” include the bearded lady, the world’s tallest man, the world’s fattest man, wolf boy, and acrobats. As far as musical movies go, it was an alright show.

Of course the cruelty shown to the “freaks” in the film led to questions from my kids, and they wanted to know, “What’s a freak?”

I explained to them that the term “freak” comes from “freak of nature” meaning that sometimes things occur in our world that make humans or animals freaks of nature. In their infinite innocence they understood that being different makes someone or something special but also makes the abnormality a target for cruelty and ostracism.

With true indignation all of my kids ranted about the the mean things done in the film by citizens who were afraid of or hated the “freaks” in Barnum’s show. I just reminded them that, in real life, they should be kind and accepting of others who are different.

As I said it has been about a month since we watched The Greatest Showman but just this week my little sweeties showed me they learned something from the film. On a family excursion to Wisconsin Dells, WI we visited Alligator Alley. At Alligator Alley resides a two-headed snake. One woman commented that it was disgusting and didn’t know how it could live. My daughter looked at the snake with interest and said, “It’s a freak. Isn’t it, Mama? Just like on The Greatest Showman.” I hugged her and said, “Yes, it was made that way naturally and it is amazing that it has lived so long.”

All I could do was smile and thank goodness that my little freaks understood the value of being different.

P.S. The Greatest Showman really is a pretty good musical, but the thing I enjoyed best were the messages of following your dreams and celebrating the beauty of others.

P.P.S. There is also a two-headed snake at the Missouri Department of Conservation in Cape Girardeau, MO. We just love freaks of nature.