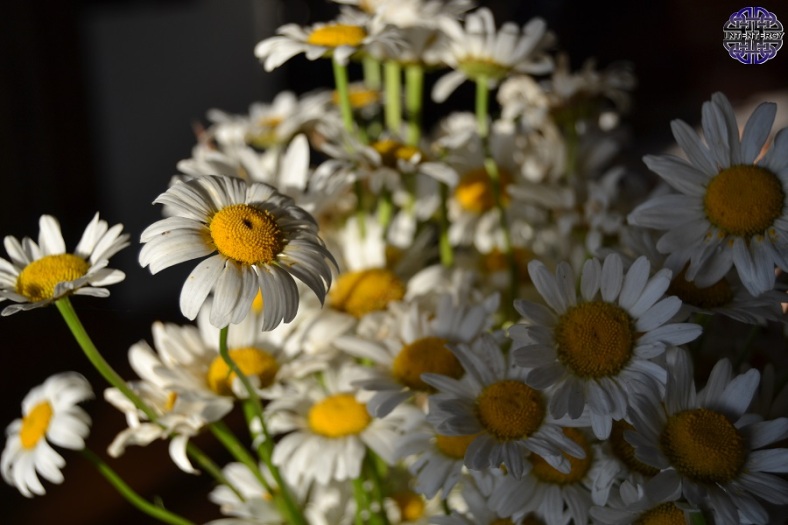 Are daisies worth dying for? My children thought I was willing to risk my life for these precious wild flowers.

Saturday a storm was rolling in, winds were billowing, the cattle needed care. Hubby and I were going to drop off a mineral tub and do a quick check of the cows we had just moved to new pasture. The kiddos were in the back seat of the truck taking in every moment.

As we parked at the top of the pasture, I noticed a thick patch of daisies. We had friends coming over for a BBQ later that night and I thought some daisies in a vase would be nice. While hubby unloaded the mineral tub, I hopped out to pick a fist full of flowers. As I was picking, the cows start to make their way to us.

Coming closer the herd picked up speed. They could smell the grain on the back of the truck and were excited about the mineral bucket.

Where I crouched picking daisies, I could tell the cows weren’t coming near me. From where my children sat, I looked like a sitting duck for the stampede.

I could hear my children yelling and beating on the windows of the truck. Unsure of what the problem was, I turned to check on them. I couldn’t see them through the tint of the truck windows but I could sure hear them through my open door. My daughter leaned over my seat and said, “Mama, watch out! The cows are going to run over you.”

The cows were still making their way up the hill. Was I in danger? After reassessing my position for flower picking, I decided I was safe, but for the sanity of my babies, I made my way back to the truck.

In the truck, my sweeties were quite shaken. My husband, who had been on the back of the truck the whole time, was laughing. “Did you think those cows were gonna get Mama?”

“We thought you were gonna get stampeded!” 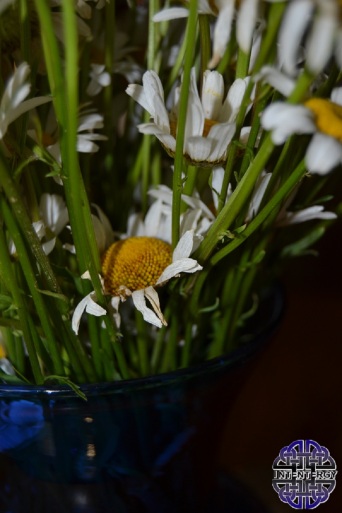 I promised them that I had kept an eye out for charging cattle and was sure I was safe.

This was a chance though for me to point out that sometimes it is okay to take a risk to make something beautiful happen in life. I knew that the cows were coming. I knew I could get chigger bites or ticks. I knew that the storm was coming, but I was willing to face a bit of danger so that I could have those beautiful flowers to share with my family and friends.

Consider taking a small risk today to make something beautiful happen. It doesn’t have to be as extreme as picking wild flowers in a stampede, but take a moment to help someone that everyone else is ignoring. Clean up trash that no one else has cleared. Say something kind to someone new. The danger of not knowing what is coming could lead to a beautiful bouquet of blessings.

P.S. Daisies are nice but definitely not worth dying for.